Emerson Middle School is part of a long and storied educational tradition that dates all the way back to 1876. One of the first educational institutions opened in Bakersfield, it adopted the name “Railroad School” because of its proximity to the local railroad station. In 1902, the name changed to Emerson, named after the famed author and poet Ralph Waldo Emerson. The school remained open until 1952, when the town was struck by a massive earthquake that caused extreme damage to the school leading to its closure and demolition. The school has rebuilt and re-opened in 1954 at its current location on Fourth St. Over the years, Emerson has seen many changes and transitions, but one thing has never changed – the efforts of the staff and administration to provide each student the attention and materials they need to be successful in every stage of life. 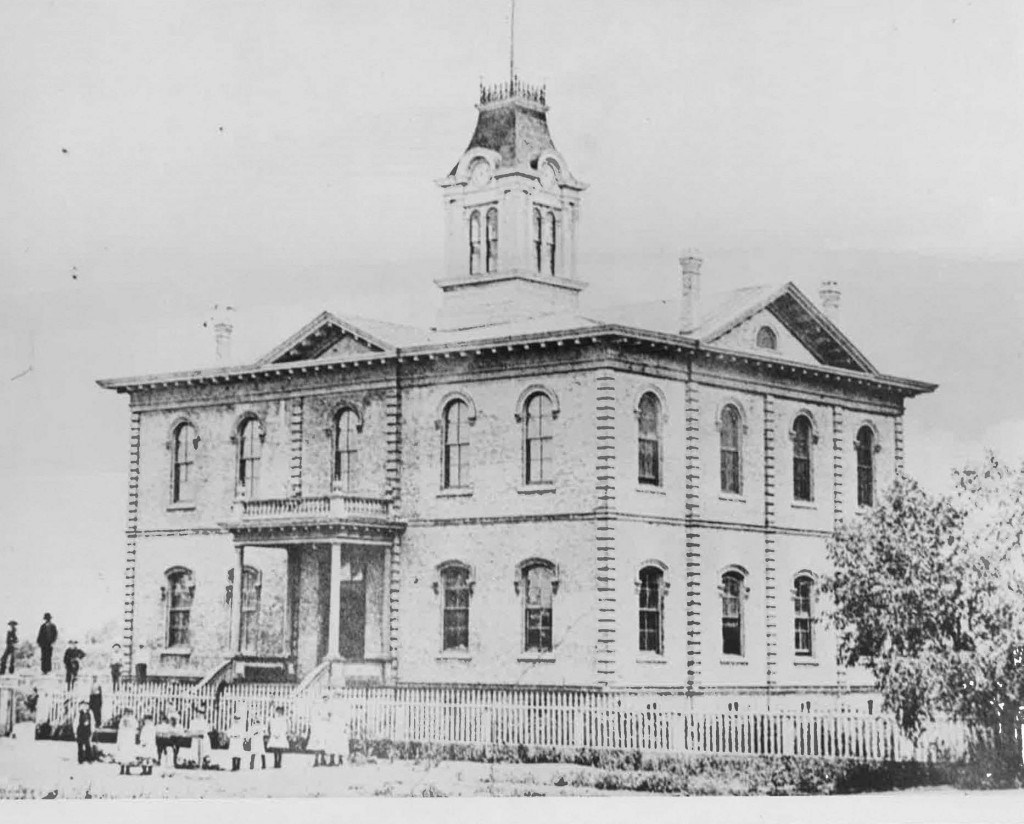 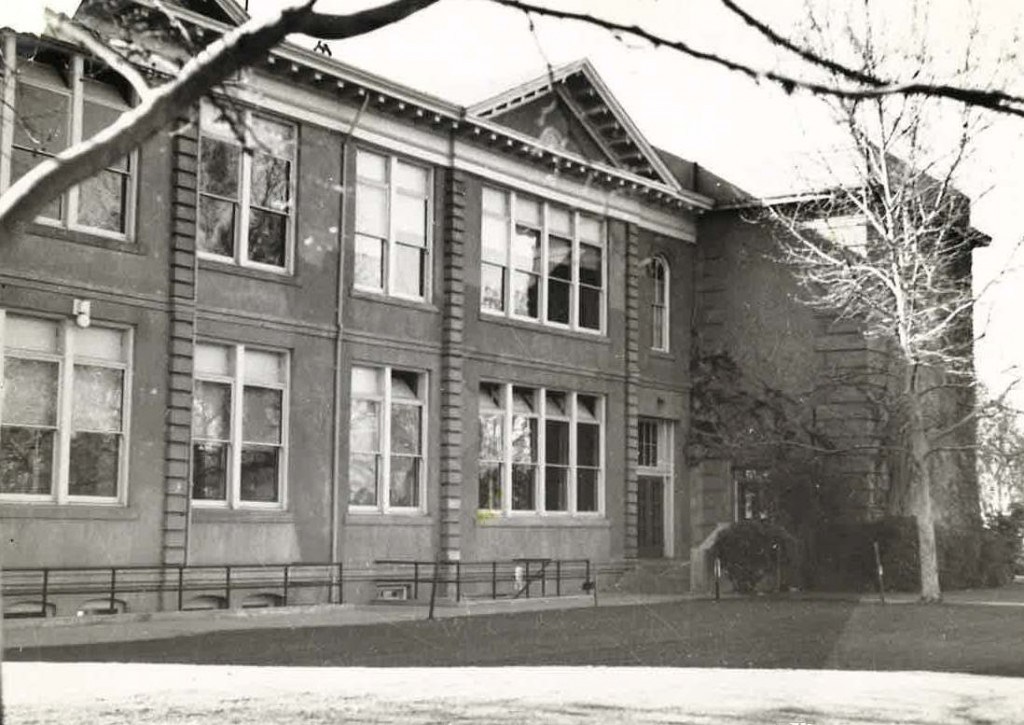 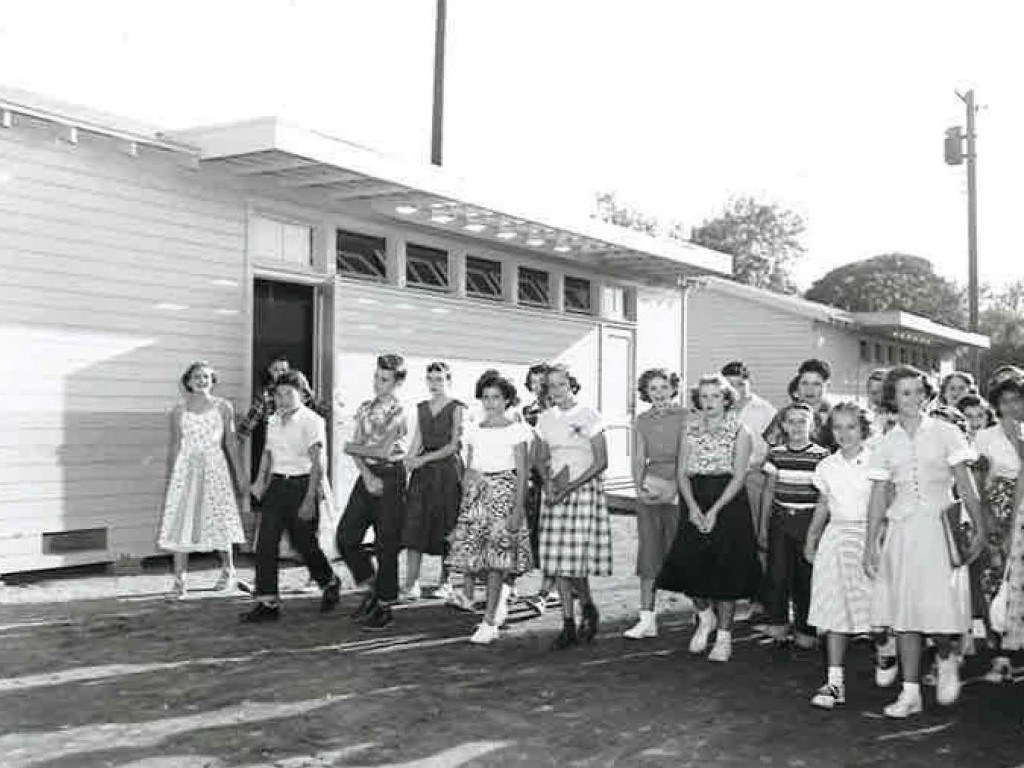 Emerson students attending school at an alternate location due to earthquake damage, 1952. 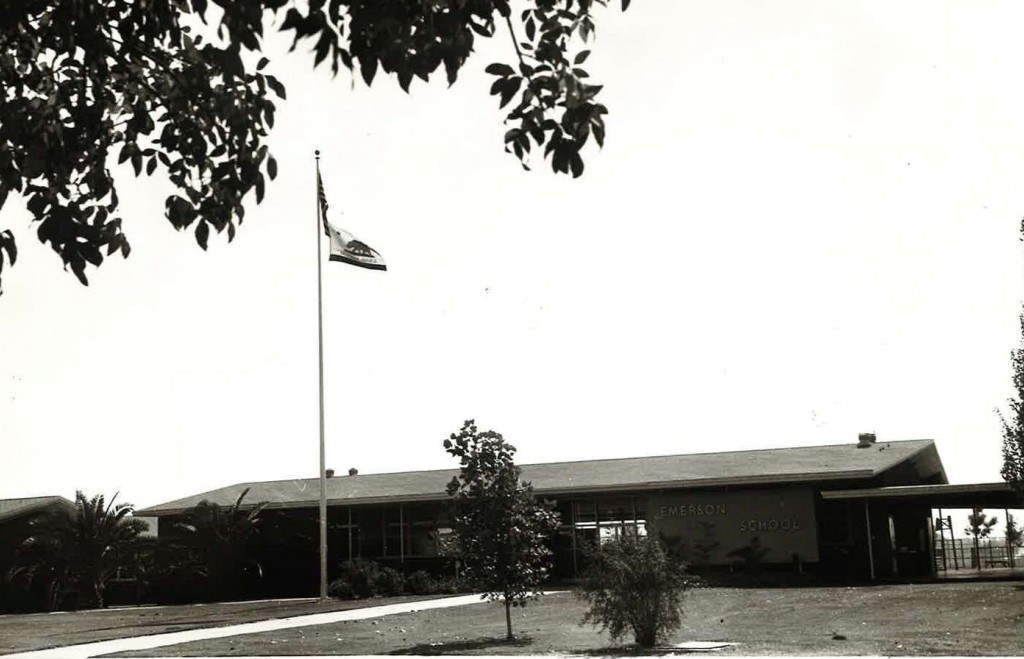 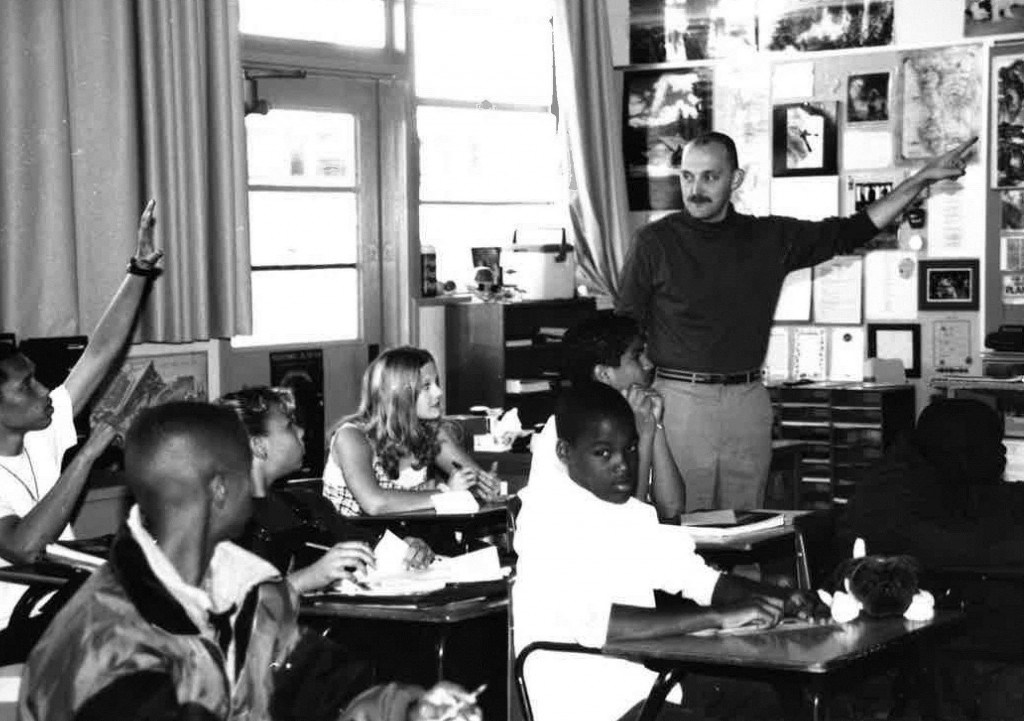 Students taking notes during a lecture, 1998.